The summer holidays are almost upon us so here are some of our top resources and activities to see you through until the end of term. Have a great summer holiday from Number Loving!

If you are after an Olympic themed lesson then try out our Olympic top trumps  and Olympic mysteries. With four mysteries to pick from and the solutions included there should be something for most abilities.

Also Kentishman has shared a wide variety of good quality Olympic themed starters which are well worth a look.

Other bits and bobs

Craig Barton has put together a collection of the top ten end of term resources available on the TES (try saying that quickly!) have a look here for some great ideas.

One of the best end of term games I have come across is Paul Collins’ Pirate game which is available on the TES here. Basically students place money and other symbols in a 7×7 grid, as you call out the grid references they get whatever they had placed in that square. With symbols such as the ‘steal’ which allows them to steal another persons money and the skull and crossbones which lets them wipe out a whole rows scores this is a very lively game which the students will love. I plan on putting a bit more Maths in (for example a ‘squared’ square which lets them square their total). 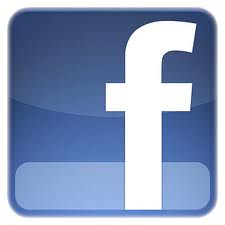 I discovered these blank Facebook profiles on the TES a while ago and was thinking of a way to use them. I plan on giving students a famous Mathematician and getting them to research this person in order to fill in their Facebook profile. Printed A3 and laminated they should make for an interesting display. I adapted the one off the TES slightly you can download it here.

This week I am doing a ‘sign post project’ with my Year 7’s to consolidate the work we did on measures and conversions. I wanted to put some sign posts up around the school with the distances to different places on, e.g. Science block 30m, Manchester  150 miles. So I decided to get the students to make them. I have split the class into groups and have given each group a different location within the school where their sign post will go. They’ve had to work out the distance from this place to other locations within the school and further afield, then convert their measures so they were all in m, km and miles. They’ve used trundle wheels and tape measures in the school and Google earth for the others. Here’s the PowerPoint I used with a bit more info on.

I often use my CSI mysteries towards the end of term for a fun lesson which still involves a lot of maths. See the collection on the TES here.

I’ll also be using Hama beads and this Cocktails project which I have blogged about previously. If we get any nice weather the cocktails go down really well!

If you use any of the ideas we would love to hear about it, tweet us @numberloving.

Now that Autumn term is done or nearly for most in the UK, I just wanted to mention Christmas crackers, read all the way to the end! I wouldn't have thought, all those years ago as a child, when first pulling crackers with my family at the Christmas table that I would...

Puzzle me this?? Halloween Picto-Puzzles Freebie

Following the success of our Valentine’s picto-puzzles we’ve put together a set of Hauntingly Halloween picture puzzles. Great as a quick starter and application of the order of operations. Easy to display or print. Pupils should assume all pictures take integer...

How will you celebrate Pi day in your classroom? Pi day lands on a Saturday this year 2020 but we plan to celebrate a day early on Friday March 13th. Here are some ideas including a free download from NumberLoving. Beauty of PiUse this video below to demonstrate the...

0 Comments
← Prev: Catchphrase Maths Starters & Plenary Next: Number loving out and about →